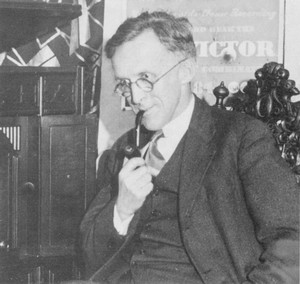 Al Sigl was a Rochester treasure - a widely respected newspaper man and radio personality who took his fame and put it to work for the common good. He is the namesake of the Al Sigl Center because of his vision, community leadership and activism on health-related issues. He was a driving force in starting the Rochester Area MS Society. He is sometimes thought of as a father of the Blood Drive - he

used his radio program on local stations WHAM and WHEC beginning in 1937 to connect those in need of blood donations with those who were willing to give. By carefully keeping track of all important donor information on his system of 3 x 5 index cards, Mr. Sigl was able to catalogue a ready and willing donor base that included all of Upstate New York and beyond.

Al Sigl’s Legion of Blood Donors achieved national fame. But it did more, it made Rochester and the rest of Upstate New York more blood-conscious. This helped set a pattern that was followed by the American Red Cross in the vital early years of World War II to establish blood banks in most of our country’s cities. After the war, in 1948, the Legion was absorbed into the Red Cross and Rochester was chosen for the pilot program because of what Al Sigl and his donors had done. 1