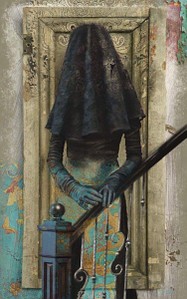 Alan Gordon is a Rochester-based illustrator known for a realistic mixed media editorial style. He utilized both traditional materials, and digital art. His work has appeared Nationally in books, magazines, websites, and in television/film. He has worked locally for Gannett Newspapers, WOKR-TV 13, and the City Newspaper. He has also been an instructor at Monroe Community College, Rochester Institute of Technology, Genesee Community College, and Nazareth College.


2018-02-14 18:13:14   Yeah I'm not sure just being a local commercial graphic artist qualifies as being known enough for the wiki. A Google search of the name doesn't bring up any results other than his own website. No one else is talking about him. —badfish