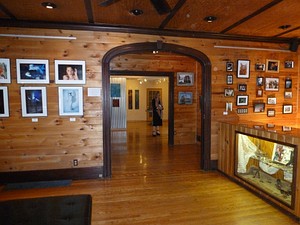 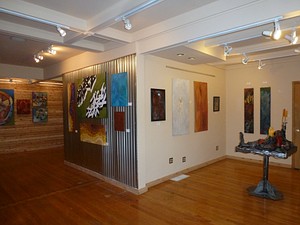 The Art Museum of Rochester, or AMoR for short, is an art gallery in Monroe Village. They showcase local and New York painters and photographers, including such notables as Ginger Beard, Spaceman, and Rachel Dow.. Also available is a small selection of jewelry by local artisans. The second floor has a DJ space and a blank wall for projecting films.

The second floor also has small coffee shop. They consider themselves part of the

Coffee Common. Options include the usual espresso drinks (including cortado), as well as Chemex and pour-over. They also offer fresh juice, salads, sandwiches, wraps, and desserts. One of their lunch specials is veggie bahn mi.


2013-04-05 21:14:54   Went here for the first time tonight and was very impressed. They had a great selection of local artists working in a variety of mediums. Hope they get more hours soon. —EileenF