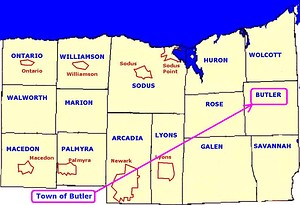 Town of Arcadia Butler is a town on the eastern end of Wayne County, NY to the east of Rochester.