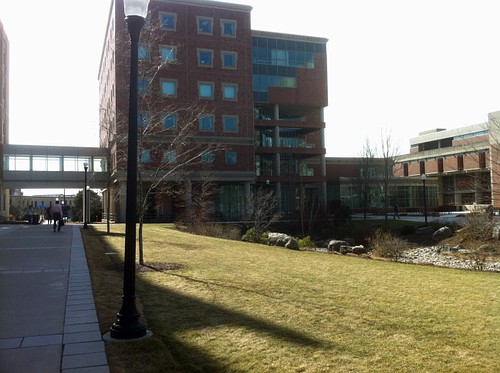 Exterior of the Computer Sciences Building

Carlson Science and Engineering Library, named in honor of Chester Carlson, is part of the library system at the University of Rochester. While Rush Rhees Library is the largest university library, Carlson is frequented by undergraduate and graduate students in the natural sciences. The library stocks general and popular science journals as well as materials related to biology, chemistry, computer science, earth science, engineering and mathematics and statistics.

Carlson sits on the south end of the River Campus, in the Computer Studies Building, and connects to Hutchison Hall and the Hylan Building.