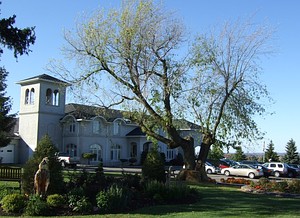 Casa Larga Vineyards (aka Casa Larga Winery), famous for its

Ice_Wine, is a winery and event location in Fairport. Their "Fiori Vidal" Ice Wine has won numerous honors, including Best Wine at the 2008 "Taste of Buffalo".

"In 1974, Andrew Colaruotolo started Casa Larga Vineyards as a hobby, seeking to produce wine remeniscent of wines produced by his family's vineyard in Italy. Casa Larga's first 3 wines were produced in 1978, earning silver and gold medals in the first competition in which they were entered. Now, 40 years later, Casa Larga Vineyards continues this tradition of excellence - producing high quality, award winning wines, and growing to be one of the leading wine producers in New York's Finger Lakes Region."1

Casa Larga Winery includes the actual winery and vineyards (with tour), and Wine & Gift shop with wine tasting. The adjoining

Although listed on the Canandaguia Wine Trail, Casa Larga's vineyards are located atop a hill southeast of Fairport.

Vineyards from Google on Wikimapia.org 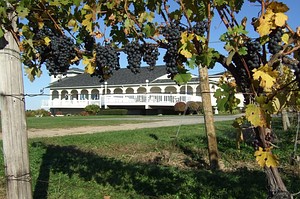