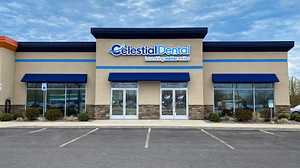 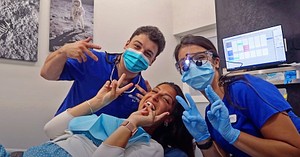 Celestial Dental is a space-themed general dentistry office that provides dental services in Henrietta next to Dunkin' Donuts near the corner of Calkins Road. The private dental practice is owned by Dr. Antonio Calascibetta (known by his patients as Dr. C) and opened its doors on November 11, 2019. 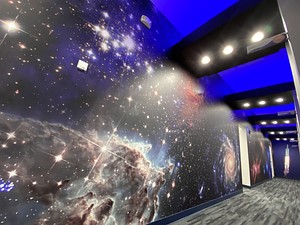 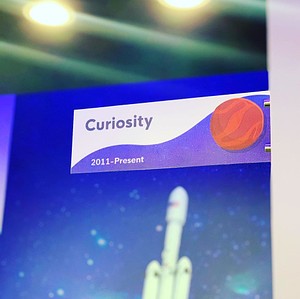 To enhance the theme of the dental practice, Dr. Antonio Calascibetta and his team hand-chose more notable space-related attractions to delight and educate patients and guests.

Main Entrance: When a patient walks inside, s/he is greeted by a large wall wrap of the Pillars of Creation⁣.

End-of-Hallway Rocket: The SpaceX Falcon Heavy is proudly displayed at the end of the main hallway weaving all operatory space missions and programs together. This rocket carried a Tesla Roadster belonging to SpaceX founder Elon Musk, carrying a dummy dubbed "Starman", as a dummy payload. The symbolism of this rocket is to inspire the public about the "possibility of something new happening in space" as part of Musk's larger vision for spreading humanity to other planets.

Hallway Rockets: Outside each operatory displays the rocket that initiated the space program.

Operatory Signs: Each of the seven operatories is named after influential NASA space missions and programs. Each sign showcases the main planet (or one of the main planets) associated with the project and the corresponding of the start year and completion year. Mission and programs include Apollo, Curiosity, Juno, Magellan, New Horizons, Voyager with the future addition of the most recent program Artemis.

Operatory Displays: Within each operatory, there are image canvases captured by the rovers or probes of each respective space mission, further educating patients on NASA's interplanetary work and discoveries. 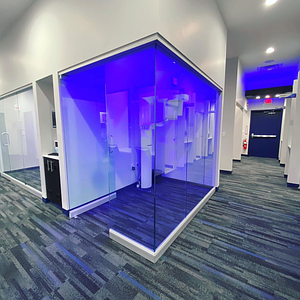