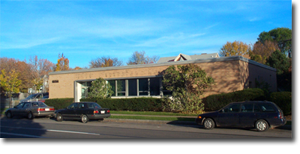 Formed in 1992, Corporate Communications, Inc. is a interactive design agency that creates communications, training, marketing, and e-commerce resources for other companies.


2012-12-31 09:10:52   I work for a small-to-medium sized company. We had a marketing project in mind, and I solicited a bid from Corporate Communications. Or, rather, I tried to solicit a bid. When I filled out their web-based contact form, someone got back to me quickly, in less than a day. But after that initial fast response, the negotiations bogged down considerably. Long stretches of time would go by before my contact would reply to my messages. Eventually, he told me that they were not interested in pursuing the project. The proposed project had a technology component, and I think he misunderstood the requirements. In any case, I don't blame them for passing, but I wish that they had done so sooner, instead of leaving me hanging for quite some time. —Rochester-Native