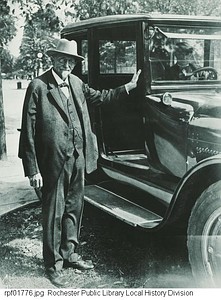 He was a contractor, but later became a politician and eventually became mayor.