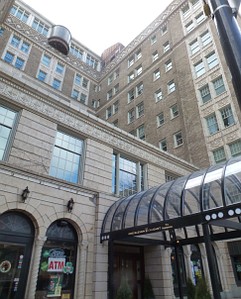 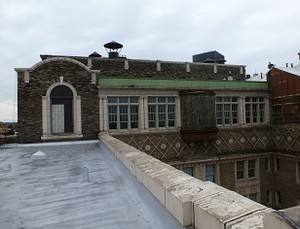 View of the roof.

One Eleven on East is an apartment complex in the East End known previously as East Avenue Commons. Originally the fancy Sagamore Hotel, the building came under new management in the early 2010s and underwent extensive renovations. Amenities include a swimming pool and fitness center. Luxury penthouses also available.

The ground floor is commercial space occupied by the following:

Pictures of common areas taken during the Landmark Society 2014 Inside Downtown tour.