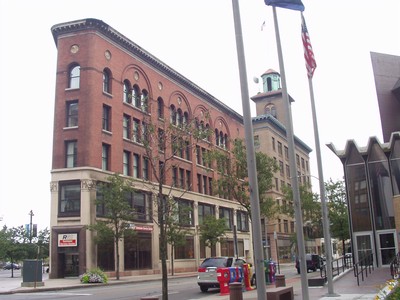 Each of the independent energy providers, known as an Energy Service Company or "ESCO", operates through RG&E, which manages the delivery of the electricity or gas. RG&E provides the majority of the energy consumed in the Greater Rochester Area. See the Energy Service Company page for information about choices in selecting your energy supplier.

Our Energy Supplies To Be Owned By Foreign Firm

"... after the Energy East deal is complete, Iberdrola will have $20 billion worth of assets in the country, the company said. Energy East shareholders, as well as other states in which Energy East operates, already had approved the acquisition before New York regulators voted last week.

In May, the company said it would invest $8 billion in renewable energy in the United States from 2008 to 2010, doubling its wind-energy capacity ...

By the end of the first quarter of 2008, Iberdrola's U.S. wind farms totaled a capacity of 2.4 gigawatts. The company said it planned to increase the capacity to 3.6 gigawatts by the end of this year.

Rochester Business Alliance CEO Sandy Parker said Iberdrola would make a "significant economic investment" in the state and "will be, I think, a good partner."

During 2022, they moved out of their long standing corporate building and now occupy a few floors of 3 City Center.


2008-05-15 10:35:55   RG&E and has the worst customer service of any organization I have ever done business with. I currently have 2 separate complaints with them now. If you get the chance, use ANYONE else to be your utility provider! —BadFish