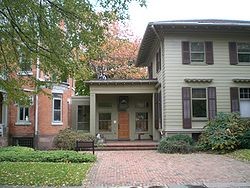 In their own words

Founded in 1966 by the late Roshi Philip Kapleau, author of The Three Pillars of Zen, the Rochester Zen Center is one of the oldest and largest organizations dedicated to the practice of Zen Buddhism in this country. In 1986 Bodhin Kjolhede was formally installed as Roshi Kapleauâs Dharma-successor and Abbot of the Center. Roshi Kjolhede continues to lead the Zen Center today.

They also own and operate the Chapin Mill Retreat Center. Located near Batavia, it was named after Ralph Chapin, who donated the property in 1996. The groundbreaking was held in 2000. Construction began three years later and was completed in 2007, including a new zendo.