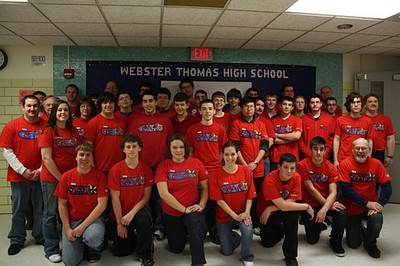 The Webster Central School District's FIRST Robotics Team is named Sparx. The team is comprised of Webster teachers, parents, volunteers and students in grades 9-12 from both Webster Schroeder High School and Webster Thomas High School. The team has won several awards and has been around since 2002.

The X at the end of the name is from Xerox, who is the primary team sponsor.