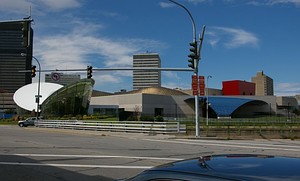 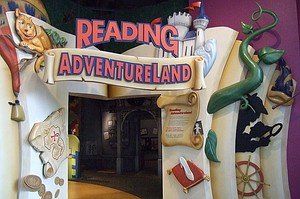 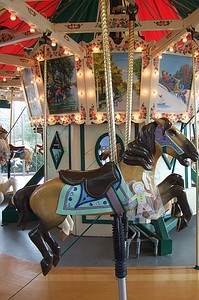 The National Museum of Play located in Rochester and part of The Strong, documents the history of play in American culture and provides an exciting, hand-on, welcoming pace to play, learn, and dream; a place to pretend, wonder, and explore, a place to discover the past and imagine the future; and a place to rekindle memories and make new ones.1

"Established in 1969 and based initially on the personal collection of Margaret Woodbury Strong, the museum opened to the public in 1982. Since then it has refined and increased its collections, which number more than 500,000 items, and expanded twice, in 1997 and 2006. The museum is part of The Strong which is also home to the National Toy Hall of Fame, the International Center for the History of Electronic Games, and the Brian Sutton-Smith Library and Archives of Play and produces the American Journal of Play.

Known originally as the Margaret Woodbury Strong Museum and later simply as the Strong Museum, it became the Strong National Museum of Play in 2006, after completing renovations and an expansion that nearly doubled its size to 282,000 square feet. It became the National Museum of Play in 2010. It is the only collections-based museum anywhere devoted solely to the study of play.2"

Membership to the museum provides free admission for a year and access to a number of affiliated museums around the northeast.

See also information about the associated International Center for the History of Electronic Games.

Although at its heart it is a history museum, the National Museum of Play is a well-developed childrenâs museum, making it the second largest museum of that type in the United States. The museum includes exhibits that interpret the key elements of play, as well as allowing kids to explore the worlds of

Berenstain Bears, Reading Adventureland, and the Dancing Wings Butterfly Garden The museum is home to the Rainbow Reef salt water aquarium. The final stop before leaving is usually the Elaine Wilson Carousel, built by

Allan-Herschel Company of Tonawanda, NY in 1918.

Field of Play is in the Museum of Play right next to Play Lab and it is across Sesame Street. It also has a bounce house.

The Strong has an old exhibit called Reading Adventureland. Reading Adventureland is located next to American Comic Book Heroes, across Pinball Playfields, next to The Berenstain Bears, and The [Dancing Wings Butterfly Garden] is to it's northeast. You can play in the Sand Pit. You can go explore Adventure Island and more.

Adventure Island is a part of Reading Adventureland and it is somewhere in the middle. It is across 123 Fairy Tale Lane.

Pinball Playfields is an exhibit next to the Dancing Wings Butterfly Garden and The Berenstain Bears. It is across from Reading Adventureland. It has some games like The Simpsons Pinball Game and more.

The Museum also contains the

Grada Hopeman Gelser Library, a branch of the Rochester Public Library system. This is a regular circulating library that specializes in children's books for all ages and reading levels.

The Strong Museum features a food court with a Pizza Hut, Taco Bell, Subway, Bill Gray's and a Louieâs Sweet Shoppe, all accessible to the general public without paying the museum's admission fee. This is a great option for downtown visitors and workers who are looking for that fast food fix (that many do not even know exist) within the inner loop. A pedestrian entrance is located on Manhattan Square Drive, directly across from the ice skating rink at Martin Luther King Jr. Memorial Park.

The Strong National Museum of Play Wiki is a wiki on Fandom. It has over 200 pages. It is a large wiki what looks like Sheraton Niagara Falls, but it has a purple color to it. To see more of the website, see