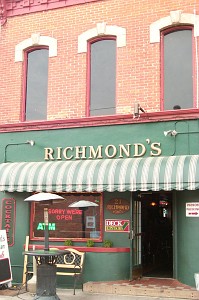 See Archive Page for comments prior to 2021 (under previous name and ownership).