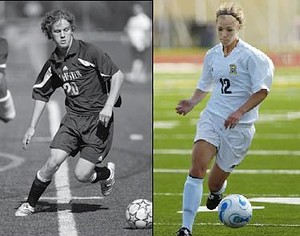 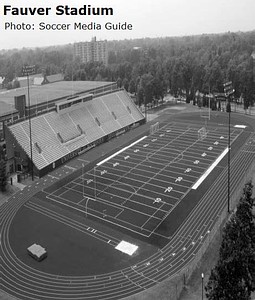 Media Guide Photo The University of Rochester Soccer program includes highly successful programs for men and women. Both the men's and women's soccer teams at the University of Rochester are highly successful and are perennial competitors. Both teams are consistently ranked in the "Top 25" national polls every year. The women's team also has two NCAA Division III Championships to its name, winning back-to-back in 1986 and 1987. The women also reached the Final IV in 1991. The men's team seems to do better every year in the NCAA Tournament. Two years ago, the 'Jackets advanced to the second round, and last year they went further than any team in men's history, reaching the "Sweet 16".

"... boasts a proud tradition. During more than 7 decades of competition the program has earned a 0.63 winning percentage and individual players have earned 20 All-America honors. Since 1986 ... participated in the NCAA Tournament on 10 occasions, won 7 University Athletic Association titles and 6 Eastern Collegiate Athletic Conference championships. ... In 2007, the program earned its 500th victory en route to a 15-3-2 record and first ever trip to the Sweet Sixteen of the NCAA Tournament. In 2008, Rochester Men’s Soccer will embark on its 75th year looking to raise the bar even higher." 1

The Women's Soccer Program won National Championships in 1986 and 1987 as well as Final Fours in 1991 with current head coach Terry Gurnett. The team has "been ranked in the Top 25 every year for the past 25 seasons". 2