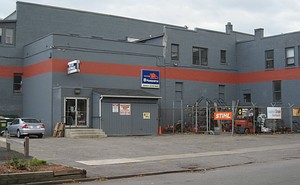 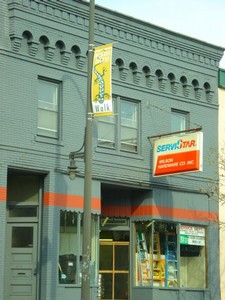 Wilson Hardware was an old-fashioned hardware store in the Monroe Village, family-owned and operated since 1916. Closed May 2020 during the coronavirus pandemic1.


2008-04-20 07:22:54   We have found this place to be very friendly. While the selection is obviously not like the super centers, it is a nice place to pick up nuts, bolts & other items you don't want to fight through crowds to get. —TriciaSeymour

2009-06-18 18:26:30   This is one local establishment that you should visit with caution, if at all. We dropped off a push lawnmower for sharpening after they claimed they'd be able to take care of it that afternoon. That quickly changed to a week, and then to two weeks. We went to get it back after 2.5 weeks and were told it was broken and couldn't be repaired. We were then told that they don't service push mowers and that the person who originally received the machine was mistaken when he told us they could. There was no apology or acknowledgement of responsibility, only a claim that they would alert the person responsible of the situation. To summarize: we dropped off a functional push mower with the claim it would be sharpened that day and 2+ weeks later we got back a broken machine. Because we weren't charged I can't claim that they're scam artists (although they did try to sell me a new machine for $130), but they're certainly unprofessional and incompetent. I'm saddened by the fact that I'll no longer be able to give my business to this nearby establishment. —MaryAnneSchnarkles

2010-08-15 12:57:48   This is one of my regular vendors: I go here any time I need advice or parts I know I won't get at Home Depot or Lowe's. I like to talk to Ron in particular. He is always willing to discuss projects and strategies with me, and I've never gone wrong following his guidance. I've also gotten good service from the lawnmower repair business on the lower level. Highly recommended. —KatieSchmitz