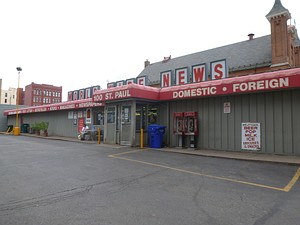 World Wide News and Deli is both a deli and the largest magazine retailer in upstate New York. They have been locally owned and operated since 1940.

Worldwide News specializes in foreign and domestic periodicals. They have thousands of issues in stock from past and present, which can also be purchased online at their