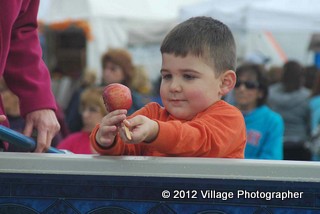 The Hilton Apple Fest is an annual free festival held in September/October in Hilton. The festival features free live music, craft vendors, and apple treats from various local vendors, community groups, and organizations. There is a car show on Saturday, typically featuring over 500 juried automobiles of all shapes and sizes.

Zarpentine's, Kelly's, and Birch are the three remaining apple growers in the area who participate in the festival. Urban sprawl has led to the demise of many of the orchards that once were present in Hilton and Parma. A five foot Hot apple crisp is baked and served each day at the festival. Festival proceeds go toward community donations throughout the year.