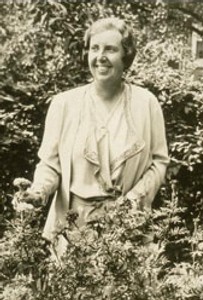 Strong was the only child of a wealthy Rochester family and was brought up as such. She recalled later that her collecting began with miniatures, when she was allowed “to carry a small bag to put my dolls and toys in, and to add anything I acquired on the trips.”* The empty bag rule was she could buy whatever she wished until the bag was filled. She learned quickly you get more when you buy small items.

Margaret wanted a museum where the common themes were play, imagination, “let’s pretend,” and fun.*

She assembled an extraordinary assortment of objects and turned her home into the "Museum of Fascination".

Strong wanted to use her collections to educate, fascinate, and entertain.

Intelligent, intuitive, competitive, and playful, she assembled an extraordinary assortment of objects that tell stories of American life.

Margaret was born into money. Her ancestors on both sides were millionaires and it didn’t hurt that in 1920 she married a lawyer named Homer Strong. Together they had a child, Barbara, and lived in a large home on Allen’s-Creek Road in Brighton, NY. Work was started on the Strong Museum in 1973 and took 9 years to complete. The National Museum of Play at The Strong uses Margaret's collection to interpret themes of popular culture and industrialization in the 19th and early 20th centuries.

Most information culled from various web references including some of the sites listed above.
*From

StrongMuseum.org
It is believed that the use of low-resolution images to illustrate an article discussing the subject in question hosted on servers in the United States by a non-profit organization qualifies as fair use under United States copyright law.