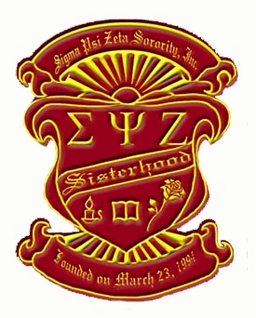 Sigma Psi Zeta Sorority, Inc. is the first and only multicultural Asian Interest Sorority on the University of Rochester campus. We emphasize leadership, scholarship, advocacy, community service and cultural awareness.

Sigma Psi Zeta works to promote awareness of the Asian/Asian American cultures and heritages amongst the students and faculty of our campus. We believe the strength of our foundation derives not just from the unity of our sisterhood, but also from the individuality of our members.

The Iota Charter of Sigma Psi Zeta was established by Wincheng Lin and Jeanette Moy on December 1, 2000 at the University of Rochester. These women, united by their desire to affect change on their campus and the surrounding communities, create a lasting sisterhood, and promote unity among women and those of the Asian/Asian American community, set forth to bring a charter of Sigma Psi Zeta to their campus in the Spring, 1999. As friends, and later as roommates, they occasionally discussed the creation of an asian-interest sorority. They wanted an organization that would be beyond the bonds of friendship and instead hold bonds of sisterhood. Jeanette's older sister was a Sister of the Alpha Chapter of Sigma Psi Zeta, and after careful consideration, the two desired to join the organization that Sister Zoe had joined years before. It was not until Fall 2000, however, that their vision was realized. Their friendship was unparalleled, and with each other's support, no challenge was insurmountable. With much perseverance, determination and work, these ladies, known now as Trax and Fenix, became the Iota Charters.

The National Philanthropy of Sigma Psi Zeta is to combat violence against women in its varied forms. This includes, but is not by any means, limited to the following: rape, incest, domestic violence, sexual assault, stalking, exploitation, the trafficking of women and children, the abuse of migrant workers, intimidation at work, child abuse, harassment, and spousal abuse. Any kind of physical, emotional or mental duress constitutes violence.

To accomplish this, sisters:

By adopting this ethic within our sorority, we immediately become involved in a demographic that we seek to advocate for...one of the Asian Female. Historically oppressed by tradition and objectified in the eyes of the contemporary media to be physically powerless, emotionally isolated, and mentally voiceless. We encourage and empower ourselves as undergraduates and alumnae of institutions of higher education. Attacks are likely to happen at universities and colleges all across the nation.

Violence affects the lives of millions of women worldwide, in all socio-economic and educational classes. It cuts across cultural and religious barriers, impeding the right of women to participate fully in society. Violence against women takes a dismaying variety of forms, and constitutes a violation of basic human rights.

The sisters of Sigma Psi Zeta stand united behind our philanthropy, on both an organizational and individual level.