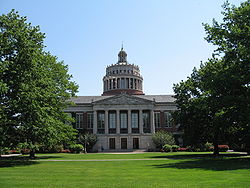 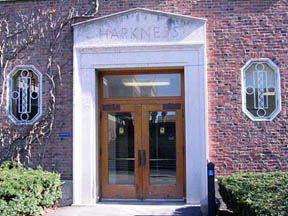 The Department of Economics at the University of Rochester offers an Economics Ph.D. Program that exhibits a Tradition of Excellence. It has frequently placed highly in the National Research Council rankings for Effectiveness of Program, Publications per Faculty and Citations per Faculty.

The graduate program in economics was founded by Lionel McKenzie in the late 1950's. McKenzie arrived to the University of Rochester in 1957 as department chair with the mandate of developing the Department of Economics, as well as establishing the Ph.D. Program. He recruited several promising young scholars, including Stanley Engerman, Robert Fogel, and Ron Jones.

The first student arrived in 1957. The first Ph.D.'s were completed in 1962 by Akira Takayama and Emmanuel Drandakis. Since then, the department has trained numerous graduate students, awarding over 400 Ph.D.'s. Many former students have since become leaders in their fields. 2017 Nobel Laureate in Economics, Richard Thaler, earned his Ph.D. from the department in 1974.

The Department has continued the tradition established by McKenzie, continuing to recruit promising young faculty, and produce outstanding graduates. This is reflected in recent rankings of economics programs, and in its placement record.