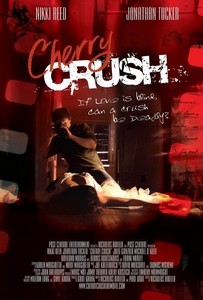 Cherry Crush is a

film noir that was filmed in Rochester in 2006 (released in 2007). It is a story of a high school photographer, who becomes involved with a fellow student and subsequently, with a killing. The film was directed by Rochester natives

Nick DiBella and produced by

The film premiered February 16, 2007 at the Little Theatre.


2008-09-10 16:40:04   This movie wasnt bad. But you have to be into teen thrillers. You get to see a lot of Rochester sights and some locals are extras that you might see around town. If you live in Rochester, I recommend renting it. —MrRochester