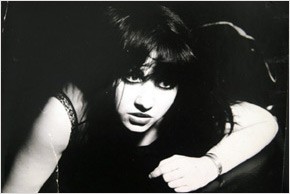 Lydia is an American singer, poet, writer, and actress. After arriving in New York City at the age of 16, Lunch moved into a large communal household of artists and musicians, including Kitty Bruce, daughter of Lenny Bruce, where post-punk No Wave bands such as DNA and MARS frequently played. She immediately saw this form of music as the proper forum for her angry poetry and rants, and founded the short-lived but influential No Wave band Teenage Jesus & the Jerks in 1976 with her then romantic and artistic partner, No Wave punk-funk-jazz musician James Chance. The duo later recorded the album Off White in 1978, before splitting up permanently.

More recently she has recorded and performed as a spoken word artist, collaborating with such artists as Exene Cervenka, Henry Rollins, Don Bajema, Hubert Selby Jr., and Emilio Cubeiro, as well as authoring both traditional books and comix (with award-winning graphic novel artist Ted McKeever).