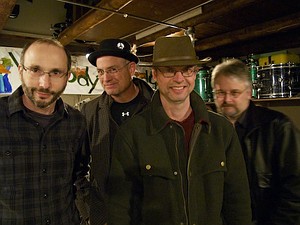 Woody Dodge is a Rochester area local band that blends alt-country, rock and even a touch of bluegrass into their mix of original songs. They were out of commission for a period from 2002-2005 but are now back at it. Their third full-length release, "Humble Me", was released in spring of 2012.

Uncle Plum and the