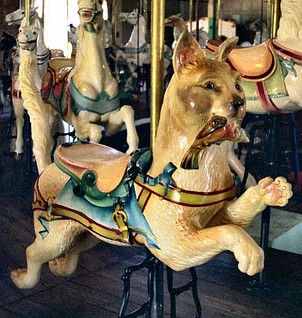 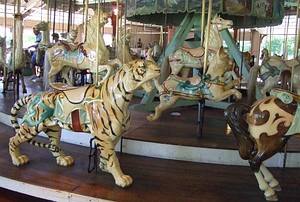 In 1980 the Preservation Board granted the carousel landmark status. In 1984 the

Parks Department began extensive restoration of the carousel, which lasted for many years and included improvements on the building and surrounding walkways. Until recent years, Wurlitzer Military Band Organ Style 165 paper rolls were used, but a

Stinson MIDI band organ system replaced the organ and continues to play the same music once heard on the original rolls.

The Duchess is a unique joy for Rochesterians and visitors. It celebrated its 100th year at Ontario Beach in 2005.