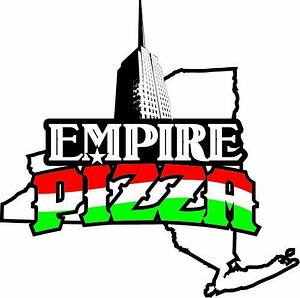 Empire Pizza, formerly Pizza Stop Penfield, is a pizzeria on Empire Boulevard in Penfield which opened on June 14, 2010.

It was originally associated with the Pizza Stop on State Street, but as of December of 2010, it is under separate ownership and management.

2010-06-15 21:08:53   This is the best pizza in Rochester by far, I am so happy the Empire Blvd location opened because I will be enjoying their pizza frequently. One of the only things I didn't like about Rochester was that there wasn't many good pizzerias. Highly recommend Pizza Stop. —MarkRizz

2010-07-15 11:06:02   Thanks to all the State Street regulars that have come out to the new location on Empire Blvd! For those of you who have asked or want to know, the State Street and Empire Blvd locations serve the same GREAT NYC-style pizza that has been available downtown for 26 years. Anyone who is looking for good, traditional thin pizza, come see us. The Empire Blvd location has: slices at all times, baked chicken wings, garlic twists, eat in, carry-out, delivery and party package options. Our website will be up and running soon! Come visit us anytime! for our ongoing special of 2 cheese slices and a 12oz soda for only $5. —MFournier

2010-10-14 06:53:08   Had a Pepperoni & Bacon slice as well as a Chicken Parm slice at the Empire location last night. Both were excellent. If these toppings aren't your type, I'm sure that whatever you choose will be great too. What's important is that if you love NYC style pizza, this is clearly the best in Rochester. Also tried their Garlic & Parm Baked Chicken Wings, and they were perfect. —KairakuShugisha

2011-01-12 19:37:04   This is the best pizza in Rochester. I can finally eat pizza again. It looks, smells and tastes just like the pizza back home in NJ. I wish I lived closer so I could eat there more often. —PuffyPancake

http://rochesternypizza.blogspot.com/2010/12/pizza-stop-on-state-st-no-longer.html), the Penfield location is now under separate management... —SargtGrumbles

2011-02-25 21:13:18   Outstanding pizza, especially the Sicilian, but the Neapolitan also. This is how it is made on Long Island, although the owner said the recipe and technique comes from Brooklyn. The wings weren't that great unfortunately, but every time I got pizza here it has been outstanding.