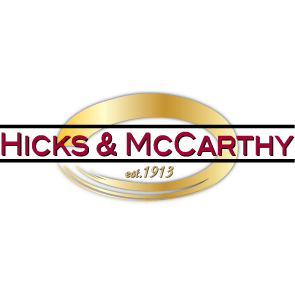 Hicks and McCarthy was a small cafÃ© in the Village of Pittsford. They served breakfast, lunch, dinner, Sunday brunch, and proper English afternoon tea.

2010-02-13 17:04:49   Went for lunch on a recent Saturday. Were seated right away and were among about 10 other people there.That is what made our 2 hour stay there hard to understand. We placed our order ( a wrap and a sandwich) 5 minutes after we were seated. Were told at least 4 times that our food would arrive in a minute. After 45 minutes and still no food we were told the night cook was in and he was not familiar with the lunch menu. Let me remind you we ordered a wrap and a sandwich. When food arrived, the wrap that I ordered came with a dressing that I requested be left off. My wife was happy with her meal but less than thrilled with the service. Now I must be fair and say that they offered to take the wrap off the bill, but by that time the damage was done. May be a fluke, but my wife and I just seem to have bad luck when we dine in Pittsford. —almorinelli

2014-02-17 15:10:38   I've only ever been here twice, and both times were after their recent menu revamping. The first time was okay, the second time (after I was lured back by a coupon for a free birthday entree) was excellent. The food was great, the servers were very friendly, and the prices were reasonable. The Chicken French included a very thick breast served with part of the bone still attached, which is odd, but apparently that's how they do it. It was delicious regardless. Unexpectedly got a complimentary dessert and coffee for Valentine's day. We'll definitely be back - I've got to try the chicken and waffles. —timcrist

2015-02-24 09:02:39   I have been here many times over the years. Recently, after the menu revamp, I had been coming more frequently, as I was a huge fan of the new breakfast choices. Last Sunday was an experience I'd like to forget, however. While we were seated right away, that was the only thing that happened right away. They had claimed that their griddle was broken, so there were no pancakes or french toast. Have they never used a frying pan? That was the first annoyance, but it was minor. When we finally placed our order, it was about an hour until we received our food, after numerous "Your food will be right up!" statements from the waitress, who, I might add, was new, and didn't know the menu very well. When our food arrived, they had forgotten my grapefruit. No big deal. Two of the four of us ordered the country fried steak, which is served with seared grits (which have always been amazing). Well apparently, the searing of the grits requires a griddle (again...Can't use a frying pan? Don't have a stovetop griddle for backup?). So instead, what we recieved, was a bowl of watery grits with the fried steak (which was way overcooked) sinking in the middle, and the eggs on top of the mess. After a few bites, I couldn't eat anymore of the steak, as it tasted as though it had been dredged in salt. At this point, my grapefruit still had not arrived. So I asked to return my steak, and just get my grapefruit. Which took another 15 minutes. The only slightly redeeming thing that happened was that my steak was removed from the bill without my asking. That was commendable. However, this experience has turned me away. It will be a while before I go back again, if ever. —MichaelG

2016-01-12 21:52:38   In reference to michaelg's comment.... Please give hicks and mccarthy another chance! 2/24 was days before ownership of the restaurant changed hands. Before the new owners took over, an overwhelming amount of equipment was allowed to fall into disrepair. The new owners (who are quite pleasant people) have done much to revamp the physical and functional aspects of the restaurant. There is a new menu, and a new look out front. In the interest of being forthright, I am a former employee of this establishment —AaronP

2016-05-01 15:16:54   The food was fantastic but the service was soooo slow. It was the middle of the afternoon and there were only two other parties present, so it's not like they were swamped. —EileenF