Josie Waverly is a local musician that performs country western music. She performed at the Lilac Festival in 2003 1 and 2004 2, and she currently performs once a month at the Hamlin VFW.

At one time she owned a bar on West Ridge Road in Spencerport called "Josie’s Juke Box", which featured live music and line dancing. She has since sold it and it is now The Jukebox.

Her debut self-titled album was released in 2002. 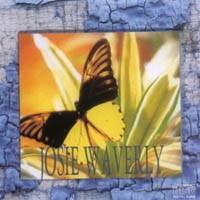 2011-11-14 09:40:18   Hi, Josie. This is Bob Palermo. I winter down here in FL. Once a month we have a All Star show in our community in North Port. Usually 300 people buy tickets. I mentioned to the entertainment director that I knew you and recommended you for one of our shows. Do you ever travel to FL? Would you ever consider appearing here at La Casa? This would be in the 2013 season.If so, what would you want as your fee? I'm bringing your CD down here in Dec. to let him hear it. God Bless, BOB —Bobpalermo