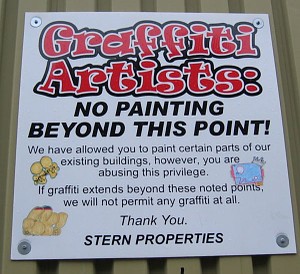 Warning posted by Stern Properties in March of 2007.

The Legal Wall is located behind The Village Gate. To find it, follow the train tracks behind the parking lot, look to your right, and you will be treated to some of the best graffiti in the area. The artwork is spread across several walls belonging to a row of aging buildings used primarily now as art studios.

The name 'Legal Wall' stemmed from the landlord of this property having allowed its walls to be used for graffiti, so long as artists didn't draw beyond their limits onto other nearby properties. The appearance of this location changed dramatically over time, with new artists spraying over older creations on a regular basis, and as such it is well worth revisiting.

As of March 2008, this area is no longer considered a legal wall, as fencing and cameras have been installed. The reason for the change has been given as vandalism and disrespect for existing boundaries.

Before the wall was fenced in, it wasn't uncommon to see a mom drive up with a minivan and drop off a group of teenagers with bags, boxes, and a video camera, then drive off. The area is relatively safe, though not far from some more rundown areas. 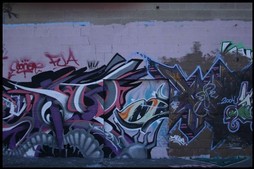 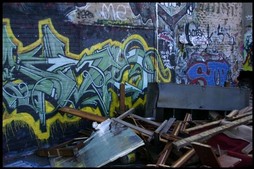 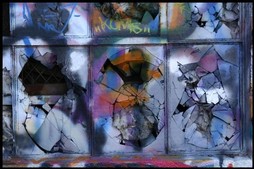 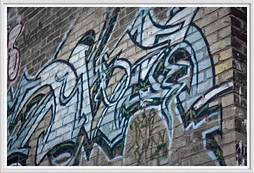 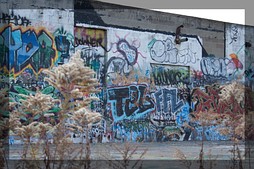 
2011-06-30 17:23:45   As someone who used to work in one of the buildings adjoining the Legal Wall, I think the reason why the fencing and cameras went up is obvious. While there were some fantastic graffiti artists who did some amazing work, there were also a lot of generic vandals who didn't respect limits. They tagged (and broke) windows in our building. Also, the stream of drug dealers and whores who offered services from cars parked in that back area didn't enhance the area. Don't know how that area is now, but I vividly remember that a lot of the "color" of the area wasn't from the skilled taggers. —JohnPassaniti