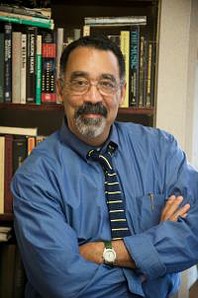 Dr. Paul Burgett was the Vice-President of the University of Rochester. He was also an alumnus, having received his undergraduate and graduate degrees at the Eastman School of Music sometime, as he likes to say, "before the earth's crust cooled" (1968 and 1976, respectively). Burgett was also a faculty member in the music department of the College of Arts and Sciences and taught courses on the History of Jazz and the Music of Black Americans and served as an undergraduate faculty advisor and advisor to several student organizations. Previous UR positions included Vice President and University Dean of Students and, before that, Dean of Students at the Eastman School of Music.

Paul Burgett was born in St. Louis and attended Catholic schools. A talented violinist, he earned a scholarship to Eastman and entered as a freshman in 1964. Before returning to UR as an administrator in 1981, he held positions as Executive Director of the Hochstein School of Music and Dance and assistant professor of music at Nazareth College, where his spouse Kay Valentine is Professor Emerita and Founding Director of Women's Studies.

Over the course of three decades, Paul Burgett became a much-loved figure among thousands of students, faculty, and alumni of the University of Rochester owing to his fondness for students and longtime active role in the University community. He had myriad stories of encountering alumni and their family members in far-flung corners of the globe and usually hosted major University events. More recently, Dean Burgett had taken a strong interest in the history of the University to which he dedicated so much of his life and gave several informal lectures on the topic.

scaled back many of his duties to allow for new interests and traveling.