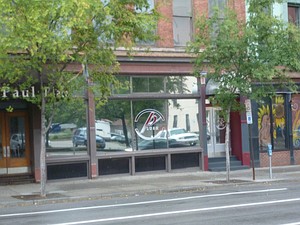 It was shut down in December 2013 due to the violence outside of the club which was seen to be associated with the establishment. In response, Plush left the following message on their Facebook page:

Due to the current unfortunate events that have taken place at Plush Night Club & Lounge (that could've happened anywhere like the mall, the bank, toys r us, Chuck E Cheese, any Walmart or target, etc; and I bet y'all won't stop going there), which have gained top spot recognition on local news/media channels giving the establishment high negative and unsafe views by the local and surrounding community..... I.... on behalf of the team I work with and people I party with would like to let everyone know...................

THAT THIS FRIDAY FIRST FRIDAY DEC 6TH IS STILL GOING THE FUCK DOWN!!!!!! WE GON PARTY WE GON DRINK WE GON HAVE A DAMN GOOD TIME ON THE SAGITTARIUS SIDE OF THANGS........ THE OFFICIAL SAGITTARIUS BASH SWAGGATARIUS STAND UP DONT KEEP CALM PARTY UP!!!!!!!!!!!

SO YEAH SEE YOU FRIDAY AT PLUSH


2013-12-01 08:01:28   I guess the police shut down this place on a regular basis for some reason. The neighbors complained about drunk drivers on reddit. —Damiankumor