St. Joseph's Park began as a Catholic church, built in 1843 by German immigrants. After it burned down in 1974, the facade was preserved and the interior was made into a public park. The surrounding area is called the St. Joseph's Park Neighborhood.

The church was locked sometime around 1992. In December 2012

Ted Collins Tree & Landscape announced that they would be collaborating with the Landmark Society to revitalize St. Joseph's Park. The project was completed in 2013. The old church is now available as a location for weddings, photo shoots, and other celebrations. It can accommodate 125 guests. The Landmark Society operates the venue in a partnership with Bella Weddings. 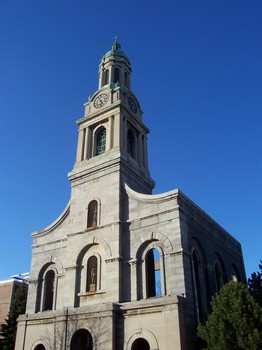 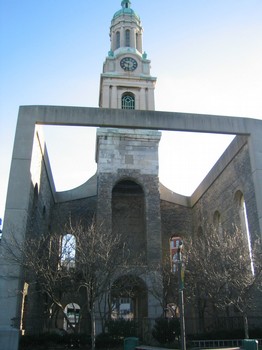 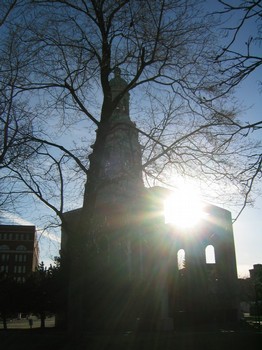 2007-04-21 23:38:42   It was locked when we were there over the weekend, although the sign in front says "open to the public". It looks nice on the inside—there are some benches and plants. They might keep it locked to keep out the interesting characters that hang out in the area... —RachelBlumenthal

2010-06-21 20:22:37   Still locked 3 years later... doesn't seem to have ever been unlocked. SUNY Brockport has a 'No Trespassing' sign near the back of it but I'm pretty sure it can't apply to the park itself. Also, Food Not Bombs does their meals in the South Wedge, not up in this area. —Kelsey