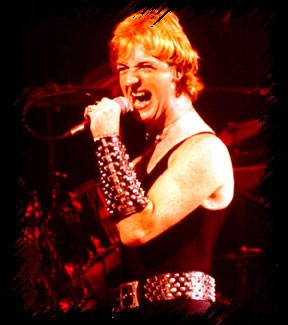 Me on tour with my old band.

Nothing to see here.

2007-04-01 16:58:19   No but I know which ones you're talking about and I did consider them! I got one of the black ones with a white design that was folded on that round table. My best friend used to work at an Urban in NYC and I had a discount card because she put me down as her spouse, but then she quit! *grumble* —RachelBlumenthal

2007-04-05 00:31:36   Hi Kim, RocWiki needs cats for a new Watchcat organization formed to keep an eye the Watchdogs, perhaps Zoe would be interested in joining? —AdamDewitz

2007-07-20 14:24:00   There was some discussion regarding that user on the mailing list. The initial deletion was well justified. —EastSideStephen

2008-03-21 13:48:40   Hi Kimbee, Thanks for the note. We have a lot of fun trying new places and definitely have our favorites. My wife and I used to own a restaurant so we are very understanding too.
See you around. Bigpun —BigPun

2008-07-08 15:29:16   Glad to have inspired the CSA page, I took a few minutes and put some resource links, etc onto the page. I think it is great when there is a good YouTube video on the subject for our video-addicted browsers. I am also a Flikr user and fan. —BradMandell

2008-07-11 11:50:19   Thank you for understanding my point in my own comments section. I know this site isn't run by "professionals", I was referring to a professional and courteous attitude that people who administer this site should use when dealing with the miscommunication like the that which occurred with AntMore's page. Instead of addressing it calmly and politely, People made derogatory remarks about him and his business and he retaliated in kind. The fact remains that many people still do not fully understand the idea of a "community edited webpages" or even what would be considered unacceptable content and so it needs to be explained calmly and clearly, not with insults and blanket edits. —LanceReed

2008-07-13 01:49:08   Kim, I was injecting some humor into the whole Antmore debacle. I expected that the ant image would be almost immediately removed, which it was. My intention was to give a chuckle to the small handful of people closely watching the article. Some people chuckled, the ant went away. No harm done.

Part of the reason I decided to briefly add the ant is because Anthony Morelle was being remarkably humorless about the situation. Not only humorless, but also impolite, reactive, and unwilling to listen to the input of others. Plenty of people were willing to help Morelle appropriately edit the page, but he wasn't having it. He rebuked those attempts, then claimed no one had offered to help him to begin with, then personally attacked a slew of individuals. If you can't laugh at yourself... then an ant may appear in an article you created. If you can't understand the humor in it or the intention if it, then it sucks for you, too :)

That being said, I admit that I did bait Morelle somewhat after adding the ant. I was probably a bit too gleeful about it.

Ask yourself this: Would you rather see a joke ant appear here and there on the wiki or have every page look like an advertisement? —MariahBetz

2008-07-16 01:39:37   I want to invite you to my wiki called monroecountywiki.org. You showed me much appreciation for my struggle and I would be happy of you contributed to my pages without scrutiny. Thank you! —AnthonyMorelle

2008-07-16 10:11:22   I saw your Porter Farms post. I just started a website which details my trials and tribulations with the influx of veggies if you need recipe ideas! www.smallkitchencooking.com
Bob —BobMarchese

2008-08-25 11:46:41   I wasn't getting enough foot traffic in the Wedge. I used to hear "I have no reason to go the Wedge," a lot from folks who hadn't been in the space. Now that my store is no longer in the Wedge, I actually have no reason to be in the Wedge, so I understand where they are coming from. I actually live in Irondequoit. So I'm no closer to my home. You should try to stop by the new space on a Sunday. Very little traffic in the village!! But I totally understand about avoiding Pittsford, it can be a bit much. I actually feel about Park Ave. as some feel about Pittsford. —MarcVera

2008-10-10 09:20:12   Not to beat a dead horse, but my business is absolutely named in BadFish's comment on the Virtu page. So, yes, I do have a lot to worry about. We are connected in many ways, and BadFish suggests that someone at my place, or myself, had something to do with my dear friend Athena's comment, when in fact she used my business's computer. Shame on me, my huge mistake. But it could be slanderous and I am consulting with my attorney. —kristenfloresfratto