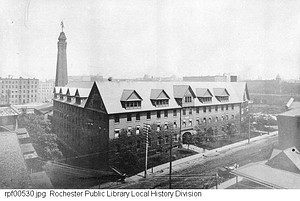 The factory was located on Court Street, and featured a statue of Mercury atop its smokestack.

In its heyday, the factory produced one million cigarettes per day, and employed 1,200 people.