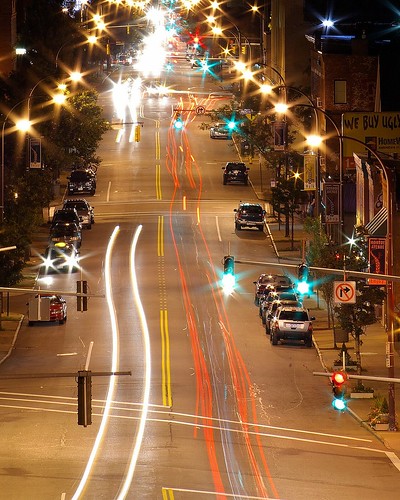 Are you fast enough for Monroe Avenue? (by Flickr user RocPX

Some I've observed more here than in other places.