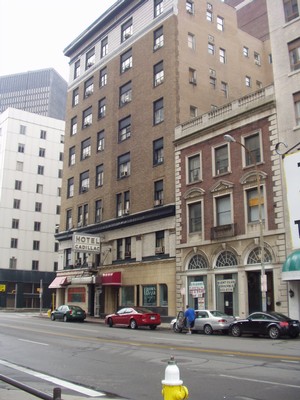 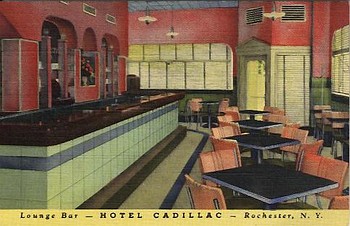 Hotel Cadillac was an old hotel on Chestnut Street downtown. It was probably a high-class place during its heyday in the 1930's - 1940's. Now it is sadly in poor condition and functions more as a home for transients than a true hotel.

Closed on June 8, 2018 and the current residents have been asked to vacate and find alternative living arrangements. A few days before evictions there have been protests to the evictions. The plan is to renovate the building back into a private hotel.

2007-01-08 09:16:50   Once when I was driving by, I saw parents and a couple of pretty young kids unloading suitcases from their car right in front of it! I almost wanted to warn them to go find somewhere else. —RachelBlumenthal

2018-06-09 22:14:35   Decades of urban legends about this place and now it's gone. I was actually in the preliminary stages of making a documentary about this place before it abruptly closed. Now it's story can never be told... —sub619