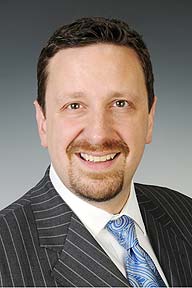 Matt Haag was one of five At-Large members of the Rochester City Council. Matt was first elected to a four-year term as a City Councilmember in November 2009. As an at-large Councilmember, he served on the Jobs, Parks & Public Works Committee, as well as the Public Safety, Youth & Recreation Committee. Matt is very active and involved in communities and transparency in government. You can sign up to receive his monthly newsletter by connecting with his Facebook page

http://www.matthaag.com. He stepped down from City Council in 2018 at the end of his term.

Matt Haag is a Senior Director at the University of Rochester, the city’s largest employer, in the school’s development and alumni relations program. He was recruited to the University in late 2006 where he co-leads the group responsible for the University’s Office of Major Gifts and Regional Programs. Previously, Matt worked at Johns Hopkins University in Baltimore, Md.

During his years in Baltimore, Matt served as Treasurer and then President of Fells Prospect Community Association working to help advance one of the most successful urban rejuvenations in the country. If you have been to Baltimore’s Inner Harbor in recent years, you almost certainly have spent some time in the historic Fells Point and Fells Prospect neighborhoods.

Since moving to Rochester, Matt has served as a member and Co-Chair of the Rochester planning group of the Empire State Pride Agenda, which advocates for the civil rights of Lesbian, Gay, Bi-Sexual and Transgendered New Yorkers. He is also a member of the ABC Streets Neighborhood (formerly CHAP21) and the Douglas-Park-East Neighborhood community associations.

Matt’s commitment to community service has been recognized by Johns Hopkins University where he was the 2006 recipient of the Rev. Dr. Martin Luther King Jr. Award for Service. In 2009 he received the Young Alumni Award for Service from Gettysburg College, from which he received a dual degree in History and Classical Studies.

Matt Haag and his partner, Bill Schaefer (a Rochester native), live in the Park Avenue Area.