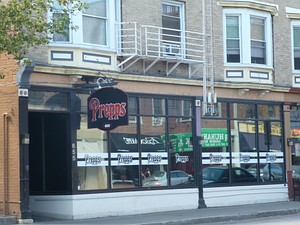 Prepps was a bar in Monroe Village. They had a 70-inch TV and six 40-inch TV's. The DJ booth had been rebuilt and the popcorn machine was original. The whole inside had been rebuilt including a brand new oak bar that spans the entire wall. The dart boards and racing games were brought back. Pool table is original and the floors were brought back throughout the entire place.

shut down by the state for numerous alleged violations of liquor law. The owner is currently

Prepps was originally at 729 Park Avenue. Reviews for the old location can be found here.


2012-09-04 07:44:24   Has anyone been here yet? The old Prepps was popular because of the location, you could have just put a keg in that back lot and people would go there. This sounds just like Oxford's, which is right across the street —PDub