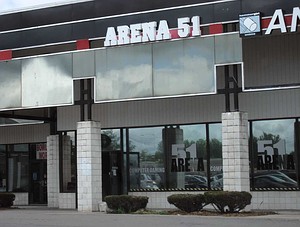 Arena 51, located in Jefferson Plaza on Jefferson Road, hosts multiplayer gaming, lock-ins, and many other events. It is owned and operated by RIT alumni and students. They have many PCs from Alienware, linux workstations, Dance Dance Revolution setups, Xboxs and Wiis.

2013-09-05 11:55:04   Unfortunately, I believe this place is no longer in business. I haven't actually been in there but I believe the building was closed down the last time I was in the Jefferson Plaza. Plus their website is no longer functional. Can anyone confirm? It's quite surprising since it was so close to RIT. A real shame since there's no place even close to what it offered here in Rochester. —Longfield