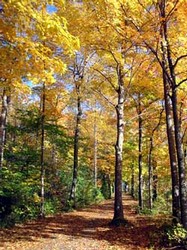 Biking along the Erie Canal, photo by RUDY! 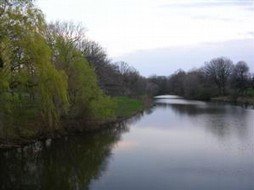 Also known as Clinton's Ditch, the Erie Canal has had a tremendous impact on our city's development. Though it has been rerouted from its original path, bypassing the city now and cutting a modified route through the suburbs, several of the original Canal Locks still exist. Following its modifications in 1918, the canal was renamed the New York Barge Canal. Legislative action through the 1990's has returned it to its original name and restricted its use to recreation. That was not meant to include lock jumping.

You would have to be an idiot to drink water from the Erie Canal.

In 1974 the bottom of the canal fell out in Bushnell's Basin, destroying and damaging 69 homes with the over 200 million gallons of water spilling forth, comprising one of the notable disasters of the last century. Total damages were estimated at 1.2 million dollars. The collapse occurred due to a sewage tunnel being constructed beneath it.

Tours of the canal are available on The Sam Patch packet boat.