Our local airport, with the ICAO Airport Identifier KROC. More information about airlines and flights is available at How To Get To Rochester.

Getting to the Airport

The airport is located between the suburbs of Gates and Chili, southwest of the city just off the Interstate 390 expressway. It is served by the number 2 bus, taxis and various hotel shuttles. There are two entrances to the airport loop: the main one from the Brooks Ave West (Route 204) exit of the 390 expressway - make sure you stay in the right lane and take the ramp. The other is from Scottsville Road between the police station and the gas station and can be difficult to find.

Parking is available in a parking structure, self-park lot and both on-airport and off-airport shuttle lots. The shuttle service, which is run by the airport, is relatively quick and efficient, by major airport standards.

After a remodeling project completed in Summer 2005, all of the airport amenities are available only to passengers who have passed through a security checkpoint.

Rochester had once been one of the more expensive destinations in the United States. The arrival of budget carriers

Southwest Airlines have moderated the average ticket cost at ROC. Since 2009 GRIA has been ranked yearly by Cheapflights.com. Its ranking position has fluctuated over the years (14th in 2010, 12th in 2011, 13th in 2013, and 28th in 2014). However each year it has been consistently ranked well above Buffalo, Syracuse and Albany for affordability. These rankings are based on average fare cost from data collected by Cheapflights.com 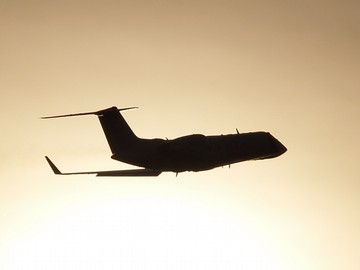 The Airport also has two FBOs (Fixed Based Operations) which provide aviation services to both tenant and transient aircraft. Both FBOs have their main facilities on Scottsville Road. Each have contracts with different airlines to provide fuel services. The five large tanks that can be seen when passing the airport on Interstate 390 are filled with 45,000 gallons of Jet-A (at max capacity), a fuel made from refined kerosene and pumped into turbine powered aircraft. The fuel farm, as it is called, is owned by Monroe County, but run by USAirports.