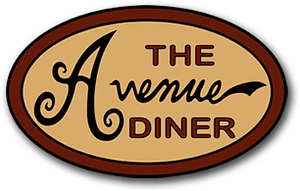 The Avenue Diner was a restaurant in Monroe Village. It was originally known as Gitsis Texas Hots, a 24/7 mainstay of Monroe Avenue family-owned and -operated since 1973. By the late 2000s, however, it had gained a reputation for sketchiness due to some of the odd characters who rolled in during the wee hours of the morning. In 2013 a patron's unregistered gun accidentally discharged and sparked a controversy regarding safety. In April of that year the owners decided to rebrand Gitsis as a pleasant, family-friendly destination. They cited the difficulty of maintaining a 24-hour establishment while also raising children.1

The Avenue Diner featured a clean modern interior with free Wi-Fi. They offered specialty coffees and a brand-new menu.

2013-05-04 17:12:27   Boo. Gitsis was great. I'm never giving my business to "The Avenue Diner." They're not even open 24/7. The whole point of going to Gitsis was the late night atmosphere. I bet it sucks too. At least Mark's across the street is still providing an urban greasy spoon to late night patrons. That's the way it's supposed to be. —sub619