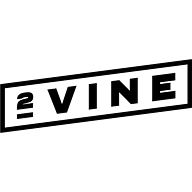 2 Vine was a restaurant that didn't have a sign, and didn't need one. Tucked pristinely and proudly behind the Little Theatre, it was one of the premier and intriguing additions to the revitalization of the East End at the start of the 21st century. Hitting up the bar on a Monday or a Friday would put you shoulder to shoulder with some characters, and its vibe is definitely "look at me". It's more than a restaurant.

The shabby-chic decor was meticulously maintained, thanks to hands on ownership and management. Unlike most eateries that cut staff when business is slow , it refused to skimp on service. There was always a bartender on duty, always a host, always a manager . Its relevance had little to do with trend, and more to do with the fact that it is a top-notch spot to dine. Its seafood was THE freshest and best quality in the city, and loyalty to local and seasonal produce defined its menu.

In 2016, the restaurant closed temporarily for renovations. On February 1, 2018, after 19 years, it abruptly closed citing health issues of the owner and lease issues. According to some reports, staff were having issues getting paid for a week or so leading up to the closing.

Comments are located at 2 Vine/Talk.