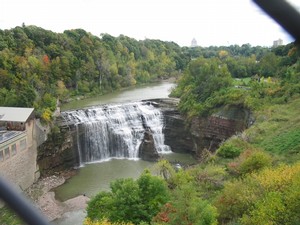 The Lower Falls are just as impressive a drop as the High Falls.

The Lower Falls are very under-visited waterfall on the Genesee River within the city of Rochester. They are the highest falls on the Genesee in Rochester but the High Falls are generally considered to be "larger".

A bridge - which begins as Driving Park Avenue on the west bank and turns into Avenue E on the east bank - offers an excellent view. You can access the base of the falls (getting dangerously close, for you death-defying adventurers and anglers) from Maplewood Park on the West or via a trail off of Seth Green Drive on the East bank. 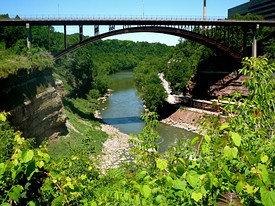 The Lower Falls gorge. Photo by 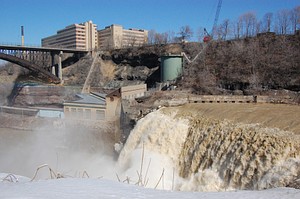 The Lower Falls in Winter - by Andrew88 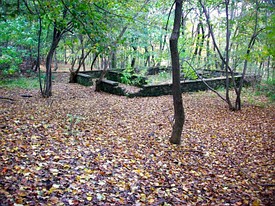 Remains of the Old Refectory in Maplewood Park near the Gorge.