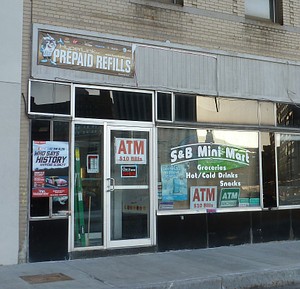 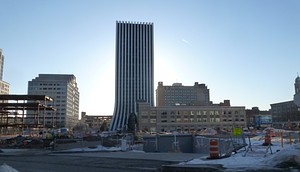 The Midtown construction scene in March 2014, as seen from S&B's front door.

S & B Mini-Mart was a convenience store in the East End.

Clarence Beaty opened the store in 2006. With the destruction of Midtown Plaza in 2009, he is now the only retailer left on the Midtown site. Though only steps from East Main Street, his store faces a massive construction site and foot traffic has all but ceased. Beaty hopes to survive until at least 2015 but is deeply concerned about the future of his livelihood.