Seneca Park, designed by Frederick Law Olmsted, is located on the border of the City of Rochester (Group 14621 neighborhood) and the Town of Irondequoit, along the Genesee River. The park was opened in 1893, and animals started being displayed in 1894. The first major addition to the Zoo was the Main Zoo Building in 1931. The building was home to a wide variety of animals in cages.

The Seneca Park Zoo Society was chartered as an educational institution by New York State in 1957. Since that time, the Society has evolved into a non-profit organization that supports and promotes the Zoo by running educational programs, special events, marketing and public relations efforts, fundraising and food and gift operations.

In 1975, a polar bear grotto was opened to house the Zoo's two polar bears (Penny and Nickels), who had been acquired using pennies and nickels collected by local school children. In 1993, the Zoo opened the $2 million Genesee Trail and Discovery Center—its first landscape immersion exhibit. This was followed in 1997 by the $8.2 million Rocky Coasts exhibit.

On May 17, 2012, the Zoo opened A Step Into Africa, which was designed to replicate a portion of the NgoroNgoro Crater in Tanzania. 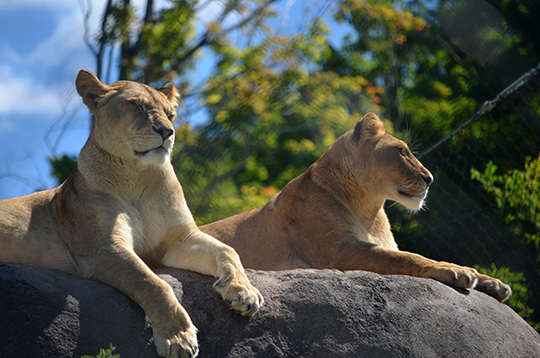 The Rocky Coasts exhibit opened in 1997. It is an area dedicated to animals of the polar and temperate coastal regions of the world, including African penguins, California sea lions, polar bears, snowy owls, Canada lynx and sandhill cranes. The exhibit includes an underwater viewing area which places visitors close to the sea lions and polar bears swimming behind large glass windows.

A Step Into Africa was unveiled in 2012 and the exhibit includes a replica Maasai hut, Dig Zone for uncovering casts of fossils, interactive learning tools, and a stationary safari bus from which the Zoo's African lions can be viewed. The area is home to the Zoo's African Elephants, olive baboons, and African lions, in naturalistic settings. Seneca Park Zoo is home to the only two African elephants in New York State. 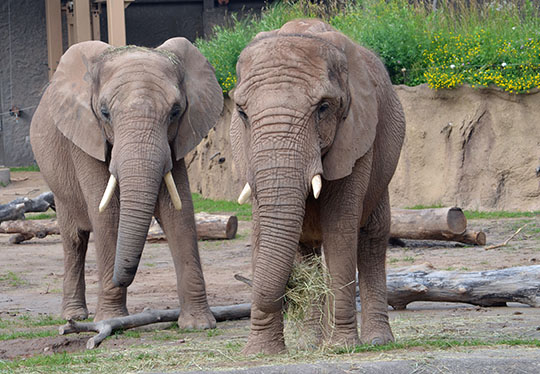 Seneca Park Zoo reaches out to many communities in the Western New York region to educate the public with regards to animal and resource conservation, environmental awareness and recycling programs. The Zoo is a popular destination for school field trips and the Zoo has created expeditions for schoolchildren to learn specific lessons in a zoo setting. The Zoomobile, sponsored by Wegmans, brings small, transportable animals to places like recreation centers, senior living facilities and schools. The Butterfly Beltway program, sponsored by the Daisy Marquis Jones Foundation,is a program aimed at planting butterfly gardens to increase populations of monarch butterflies, vital pollinators in the region. Additional programs such as summer programming, ZooCamp and ZooTeens give the community an opportunity to enjoy first-hand experiences with educators, zoo keepers and animals.

Seneca Park Zoo hosts many events throughout the year including free-with-admission events such as animal birthdays and conservation and species awareness days. Popular fundraisers include ZooBrew (The Wildest Happy Hour in Town), Zoobilation (annual gala), ZooBoo (Halloween) and Breakfast with Santa. The Jungle Jog 5K race that occurs in July of each year boasts a course that takes runners through Seneca Park and the Zoo. 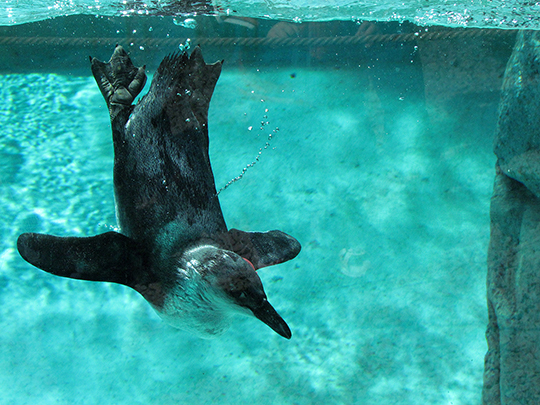 2012-08-01 19:07:40   What a great little attraction, not many towns the size of Rochester could sustain something like this. Naysayers may point to the cramped facilities for the animals (and it's hard to argue different) but with scant resources it does amazingly well. My kids learn more about the environment and conservation here than they could anywhere else and that, perhaps, justifies it's existence. Members for eight years. —sieats

2013-07-27 18:40:13   My god, why are there not more people here raving? I love Seneca Park Zoo. They have some babies there right now, too! Baby goats, a sea lion, an orangutan, two lions, and the cutest things ever, a baby Golden Lion Tamarin. Elephants cooling off in a pool of water. Baboons playing around. The bird room has many great, colorful birds. So much great stuff. —crockalley