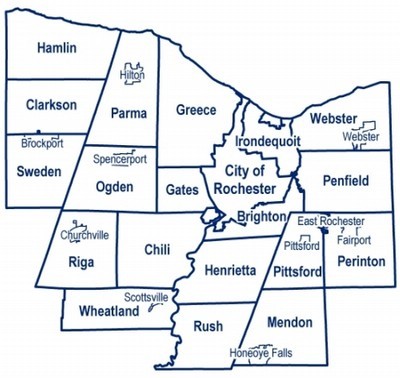 New York Monroe County, named for James Monroe, the 5th President of the United States, includes the City of Rochester, 19 towns and 10 villages.

Monroe County was formed in 1821 out of parts of Ontario and Genesee counties; Rochesterville was named the county seat. The 2019 estimated population was 741,7701.