Chittenango, NY and was a Rochester resident from Nov 2004-June 2007. During so I did a large amount of work on the RocWiki improving and organizing content. Currently I'm an employee at (withheld) and previously at

Bausch + Lomb, BitePal.com. My wife and I make a bi-weekly

local YouTube show about Central New York which are published by the Syracuse New Times newspaper. I was also formerly an editor for the

MSFN (Microsoft Forum Network) and am currently an admin on StackOverflow. I specialize in web based development using a variety of tools, such as; C# ASP.Net, PHP, Perl, ASP, handmade HTML, JavaScript, CSS, MySQL, MS-SQL, PostgreSQL and Photoshop and have also done Windows development with C#. I am a Certified Solaris Administrator via

Syracuse University which I received in 1997. I consider myself a self motivated

futurist and am always keeping an eye on and making use of new technology both in and out of the computer world. I have a fondness for retro video games,

I currently live in Syracuse, NY, but during my 3 years in Rochester I lived in the Park Ave area of Rochester, NY in because I accepted a job offer, closing our coffee house, Fusion, in

Oneida, NY, selling my house and leaving the country life where I've spend my whole existence. Previously I worked for the

Oneida Indian Nation (owners of the

Turning Stone Casino) for 10 years. For three years my wife and I owned

A Pink Door wedding planning, as well as

bitepal, a restaurant saving website, and flipped vintage & antique items both at markets and online.

Formerly, my projects were to be found on my blog where I've posted on various subjects (mostly technical) such as:

(because of our work with the Syracuse New Times, starting in 2014, and doing events weekly, this became too active to keep updating)
On August 16, 2012 my business partner Paul gives a keynote speech,

I can be seen for about 1 second manning the computer on side stage
On July 7, 2011

WSYR (written article) ran a video interview with my wife asking her opinions (as a wedding planner) about same sex marriage in New York.
On Jan 16, 2011

my wife was quoted in the Syracuse newspaper in regards to wedding during game season.
On October 29th, 2010 my wife (unnamed, unseen in the pic, aside from the afro behind the girl with the grey hat) was at the opening of Sophora in Syracuse which was

reported by Syracuse.com
In April 2010, my wife and I appeared in the

Central NY Small Business Journal for our wedding & event planning business we started in Syracuse.
In August 2008, my wife appear in the Buffalo paper via a headshot taken at the Renaissance Festival in Sterling.
In the Aug 22nd, 2007 edition of

Buzz magazine we appear in the nightlife photo shots, horrible picture but the direct link can be found

here.
On May 17th, 2007 my wife appear in a picture and mentioned in an D&C article for her role in

The only good stuff on the Internet 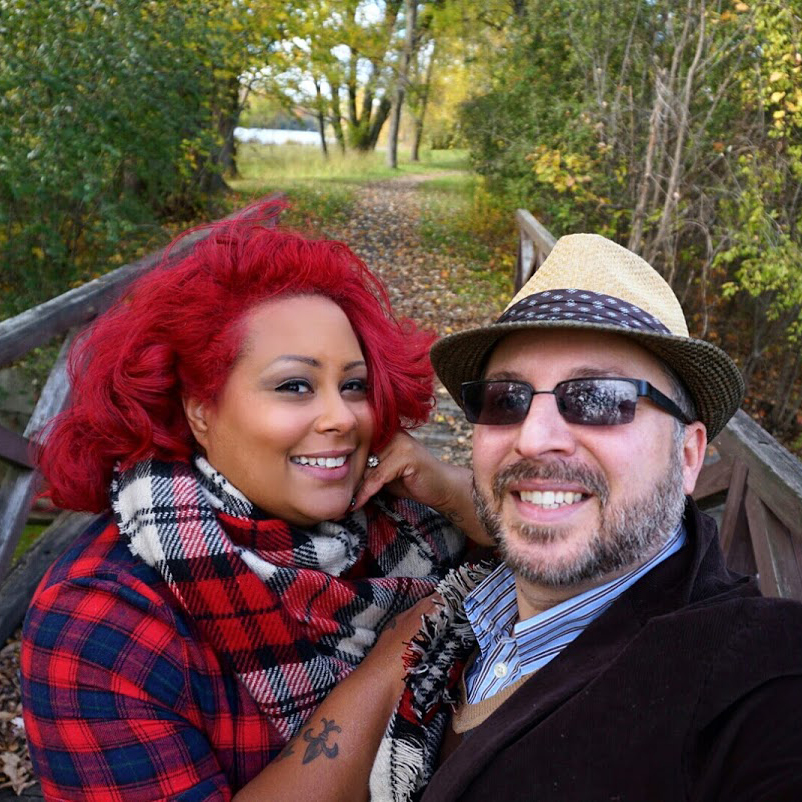 2007-03-27 21:13:04   Well, "sprinkles" is acceptable if you're talking about the rainbow ones. The chocolate ones are "jimmies". Although recently I learned that this might actually be a racist term, so I feel weird using it, but when I go home, nobody says sprinkles if they want the chocolate ones. —RachelBlumenthal

2007-04-16 11:57:01   Hopefully my photos will be worth posting! I think I'm going to wait a few weeks until the weather clears up a bit so that outsiders checking out the wiki see nice sunny pictures and think that they must have heard wrong about all the snow :) —RachelBlumenthal

2007-05-22 10:17:00   I wrote out a long comment after a read your page last night, but I don't think I ever hit the "submit" button, silly me. Ah yes, computers. I am somewhat a novice in them. I can write in handmade HTML, CSS and I have some experience with Java, although my grades in the class were F and D at RIT and W at MCC, so I have yet to complete a Java course satisfactorily. But anyways, what was running a coffee shop like? —JoannaLicata

2007-05-23 23:59:22   A patch has been applied to the search engine to remove the apostrophe bug you identified. Let me or RC know if you see any weird behavior (in the search results). —AdamDewitz

2007-06-07 22:46:44   I assure you that no offense is taken over the More Shopping page; it is much improved. My original effort was a quick and dirty cludge to bring back a lot of good, but orphaned, pages back into the fold and to bring attention to them in the process.

There's nothing wrong with commenting on restaurants, but, with the exception of you, Peter and Nathan, it seems like there has been a lot more commenting than actual content providing of late and I thought I'd take a stab at changing that. —DaveMahon

2007-06-28 13:14:04   Hey there Travis, I wanted to let you know I used your photo of Lux for the front page of the website (there is an attribution in the alt tag). We should replace it soon, but wanted to let you know :). If it's a problem please mail me. misha is the first part then the at, then aloosenation.com —MishaCohen

2008-06-09 16:44:21   Travis, maybe I was a little confusing in my post but actually the info I received was a little confusing. I think the $5 cover is just for the bands on Sunday. Day visitors I think are allowed, but sometimes they get all sorts of people just coming to hang out. So I heard a couple slightly different policies on visiting there without an overnight stay. Because it was a bit vague, I did not update the page info and advised people interested to call ahead and get the scoop. I will clarify on the page now. —BadFish

2008-10-01 10:42:22   Yes, an addiction from medicinal necessity! Instead of pain killers I took large doses of being totally absorbed in RocWiki editing after my multiple cancer surgeries.

I took a look at your graph of the history of programming languages and was amazed at how it fit my early history. I learned Fortran and wrote my first programs at Ohio State in 66. In 68 I studied programming under Donald Knuth at Stanford in Algol. My Masters project was written in LISP. Ken Iverson spoke to our APL class and demonstrated his ability to write two sentences on the blackboard at the same time - the left hand writing left to right and the right hand writing right to left. Later I did PL1, Snobol, Cobol, ADA, Pascal, BCPL, etc. We fought the good fight over MS vs Borland in the C wars. Of course, I spent most of my time in assembler, on IBM from 1410 Autocoder through the IBM 360/370. About 600K lines of GMAP on (General Electric, later Honewell) GCOS and Multics systems. Got one of the first Intel 8080 kits and worked on Intel and Zilog (Z80) machines in assembler - later some Fortran and Basic on CPM systems. Developed commercial applications on the Commodore 64, Apple IIe and TRS 80 in assembler and some early Basic. Graduated to C to support Time Life Software, a doomed side-business for Time Life that went down when IBM killed the

PC Jr in 85. Wrote a ton of code in C and assembler for the PC and switched to Visual Basic for a lot of applications when it became highly competitive with C for speed and flexibility. Anyway, thanks for the trip down history lane ! (;>}

2009-04-15 16:21:09   I carry my camera with me most of the time - while my wife shops, I go take photos. I have 538 images uploaded - about 250 photos, 40 graphics I made for the site, and the rest external graphics downloaded from WikiMedia, etc. Today I even pulled out a Jan, 2004 photo of the (then new) Lindt Chocolate at Eastview Mall and uploaded it to the new entry I built for a Wanted Pages someone created earlier today. I opted to upload max 800pix images to RocWiki rather than link in my photos from Flickr because I like to keep them All Rights Reserved. I am also having a ball with Flat Stanley photos and am contemplating creating a Flat Rocky with RocWiki lettering on his sweatshirt. Being a grandfather can be a ball.

Yes, the Orphaned Pages/Talk project was a labor. I think I fixed about 200 pages since I started it. I think every letter in the alphabet was represented when I started working the list and R, S, T, etc had more than 20 each. New ones appear regularly as even old-timers forget to link in their new creations. But the Orphans Nazi is on duty (:>}