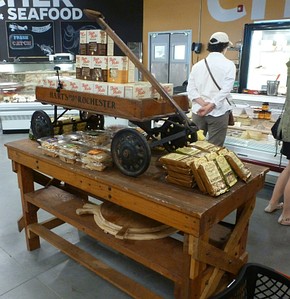 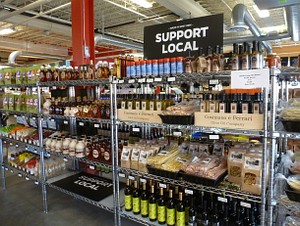 Hart's Local Grocers was an independent full-service grocery store in the East End. Their stock emphasized local meat, dairy, produce, and baked goods at affordable prices alongside national brands. They also offered prepared foods based on an updated 1940s menu dedicated to local cuisine. The cafe featured a different local coffee each month. Online shopping and delivery were available, as well as pick-up at the store.

The store was named after Hart's Groceries, a longtime Rochester institution.

The location was previously Craig Autometrics.


2014-09-06 16:28:41   We encourage everyone to give Hart's a try. They are building a pretty good selection for a small local store. We've done well there with only a few things on the list that we could not find. They have a suggestion board where you can list things that you'd like them to carry. The prepared food has been good too. Prices are a little higher than other stores on average. The staff is very friendly and helpful. We hope they do well, which will happen only if people get out of the Wegmans habit and give them a shot. —DottieHoffmann